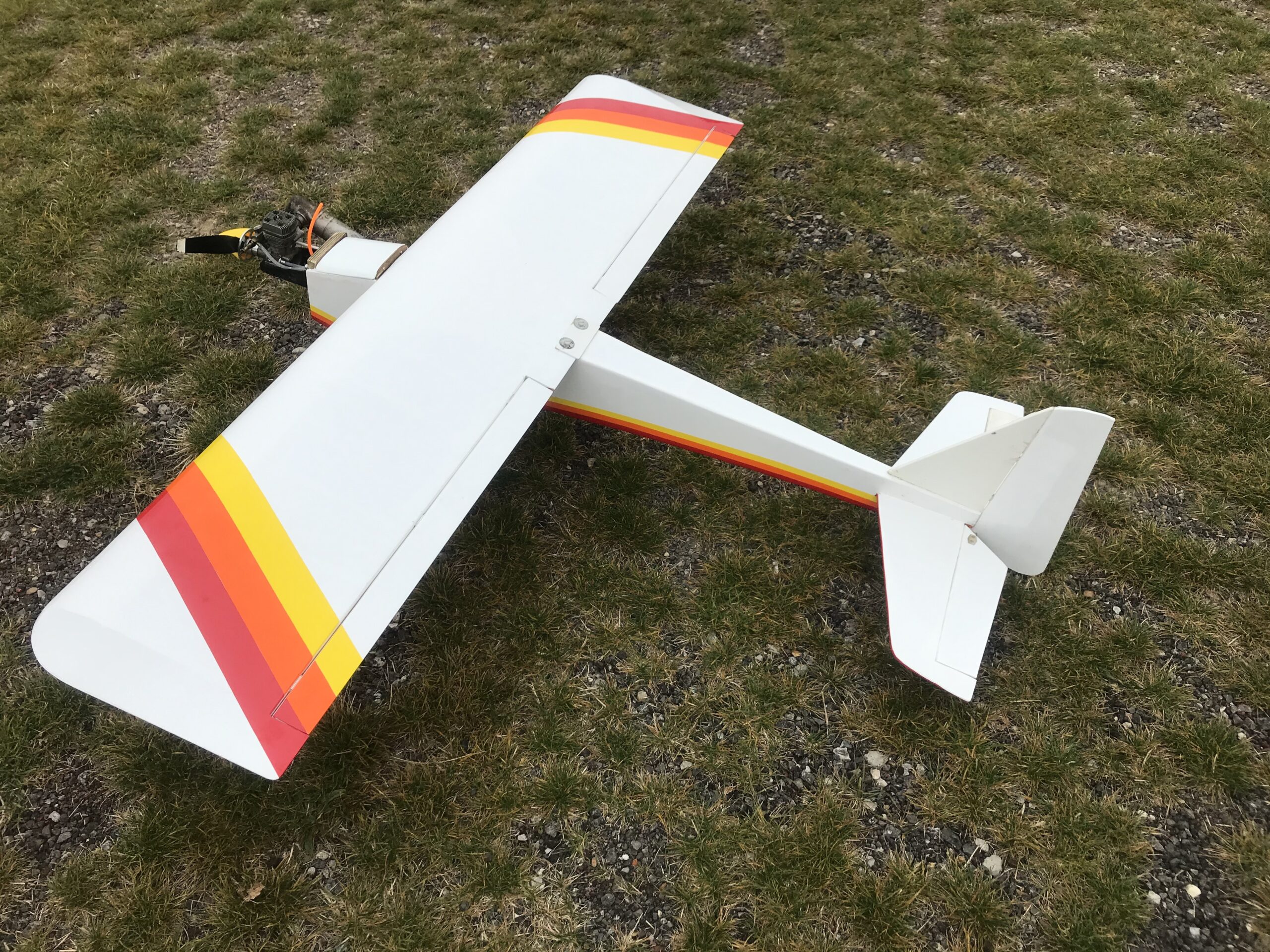 Since joining the club many of you will know that I befriended John Lambert early on and he invited me one day to come and see his models as I was keen and interested by his new project of the Stearman featured here. I had a go at covering the model and John was somewhat horrified by my efforts!

John helped me to totally repair and recover the WOT 4 XL, we rehinged the ailerons and made repairs to the fuzz, currently it has a Super Tigre G90 glow fitted but I’m thinking about an electric conversion I’m growing rather fond of the convenience! I used Hobbyking’s covering which is similar to oracover but at a price I can afford! Colour scheme was roughly based on the WOT trainer, the model is red underneath!

We used a fairly hot iron temperature to both stick and shrink the film, the results speak for themselves and i’m really happy to now own the WOT4.