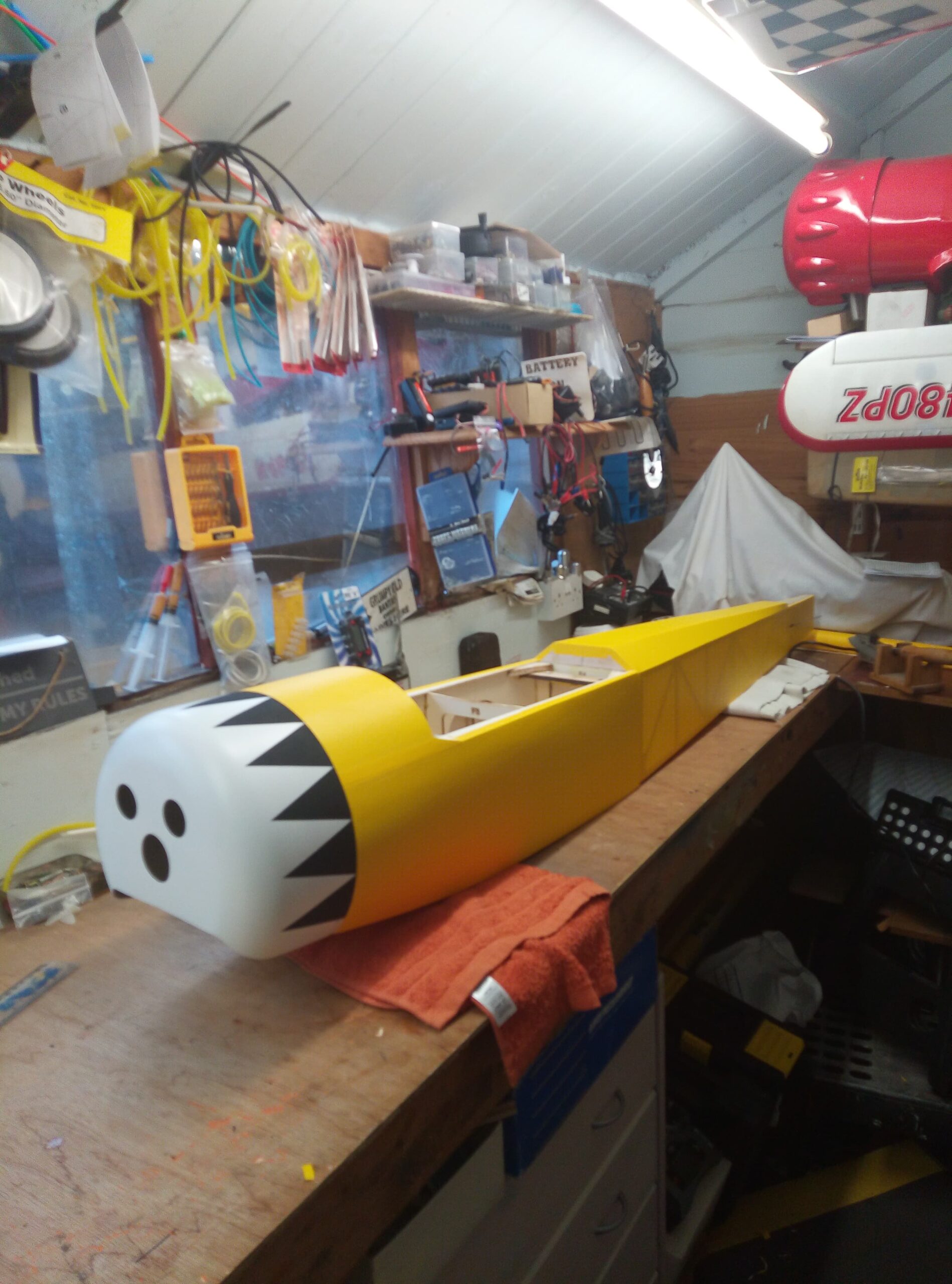 With the demise of Flair products and kits many years ago one greatly missed model from their Scout series of conventionally built models was the, Hannibal a 90-inch wingspan WW1 type shoulder wing model.

Straight forward to build the model could be powered by a wide variety of powerplants including electric motors.

I was delighted to find a later day version being marketed by a German company, Modellstudio.de and an order was placed online, and the kit duly arrived safe and sound a few weeks later. I did not start building the model until much later than its arrival due to medical reasons but having made a belated start the build was quite straight forward all bar the modification, I made to the tailplane which I converted to a Fokker Eindecker type, I also chose to colour the model yellow instead of the more usual Red or Antique finish.   At least it should stand out well against a grey sky.

There you have it, a large easy to build and fly model with a bit of presence in the air, my Bananadecker! Ted.